The Architecture of Belonging 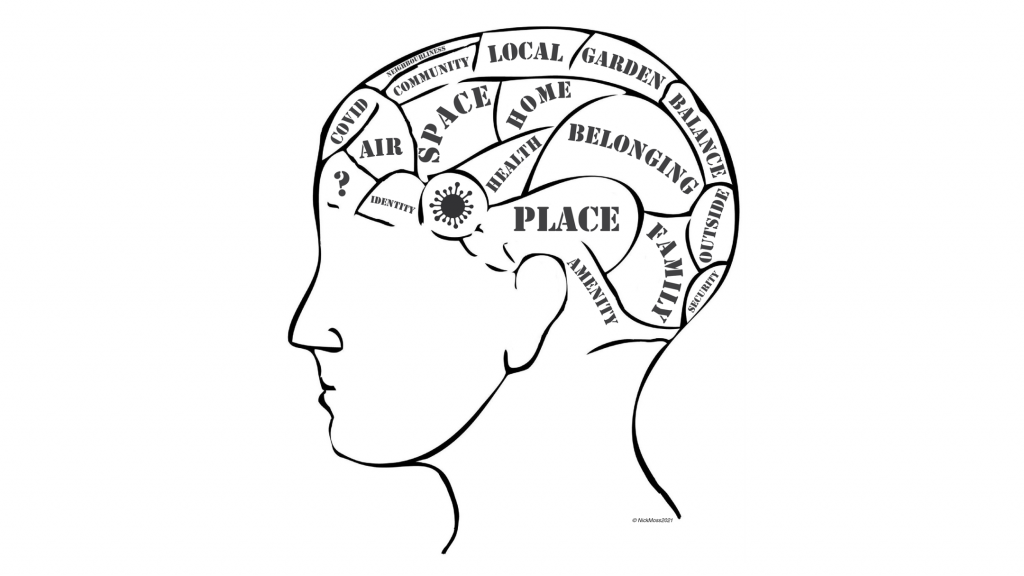 The majority of human beings want to belong to a social and cultural community. They long for a feeling of attachment, of being rooted. To achieve that feeling, the psyche connects to certain places, increasing a sense of self-esteem, happiness and belonging.  Place at its best addresses basic human needs by creating inclusion, identification and the opportunity for affiliation.  Place deals with the interaction between the question of who we are and where we are.

How has the pandemic affected the relationship between people and the places where they live?

The pandemic represents the greatest social experiment since the end of the Second World War. Once lockdown began, place took on a new meaning for the majority of the population- losing the opportunity to live and roam freely created a different perspective.

Factors that may once have been viewed as marginal, such as opportunities for neighbourliness and the need for outside space have taken on an unprecedented importance.  For many, the city apartment that had once seemed so convenient began to feel like a form of solitary confinement.   Indeed, those involved in the industry report something of an exodus from those apartments, bought or rented, to houses with gardens and garages that can be used as workspace.  The pandemic has shone a spotlight on what’s truly important for meeting our physical and emotional needs.

Consciously or unconsciously, the population’s priorities may be realigning.  There is something deeper underlying that desire to be somewhere else.  Advances in neuroscience and the experiments that have accompanied them have demonstrated that the built environment has a profound effect on people’s well-being.  For instance, specialised cells in the hippocampus region of our brains are attuned to the geometry and arrangement of the spaces we inhabit.  Such factors may not register consciously in people’s minds.  Nevertheless, even though they may not know exactly what is wrong with where they live, they sense that something isn’t right.

In the past century or so, architectural movements have represented a shift towards functional, universal strategies which, it could be argued, have created a degree of identity loss in the built environment, especially within cities.  Once lockdown prevented people from employing their usual distractions, the shortcomings of that built environment became noticeable in a way they had never done before.

Many people feel a longing to return to a different model of place that’s much more about a return to past priorities.  One that’s about home, community, neighbourliness, access to green space and adequately fulfils the needs of its residents within a geographical locale.  Lockdown highlighted the immense and historic practicality of amenities being available within a walkable area.  And the need to feel belonging and security, to feel pleased by the immediate environment has taken on a new importance.

There may be those in the industry who assume once things return to relative normality, these matters will recede, but this is most unlikely.  History records that major societal events like this stay in the collective psyche for many years.

We now have an opportunity to shift priorities, to generate an emphasis on places that people value and feel valued in.  Places that satisfy those elemental needs that can be so lacking without the deep and sensitive thought they require.  To address those things which have been known for hundreds, if not thousands of years.  No-one questions why tourists would rather visit a Spanish hill village than the industrial estate a few miles down the road.  In terms of place, people crave what they have always craved, it just took a Pandemic to allow them enough time to stop and register it.

We need to put conventional wisdom on the back burner and look at things from a new perspective- to use the issues recent upheavals have presented to generate new paradigms.  The great news is it doesn’t have to cost more because it’s really about the insight and design skills the right architect with the right mindset can bring to the table.  And giving people the places they want and need is good for business, whichever way you slice it.

NextTo Boldly Go – How Risk Can Be An Asset