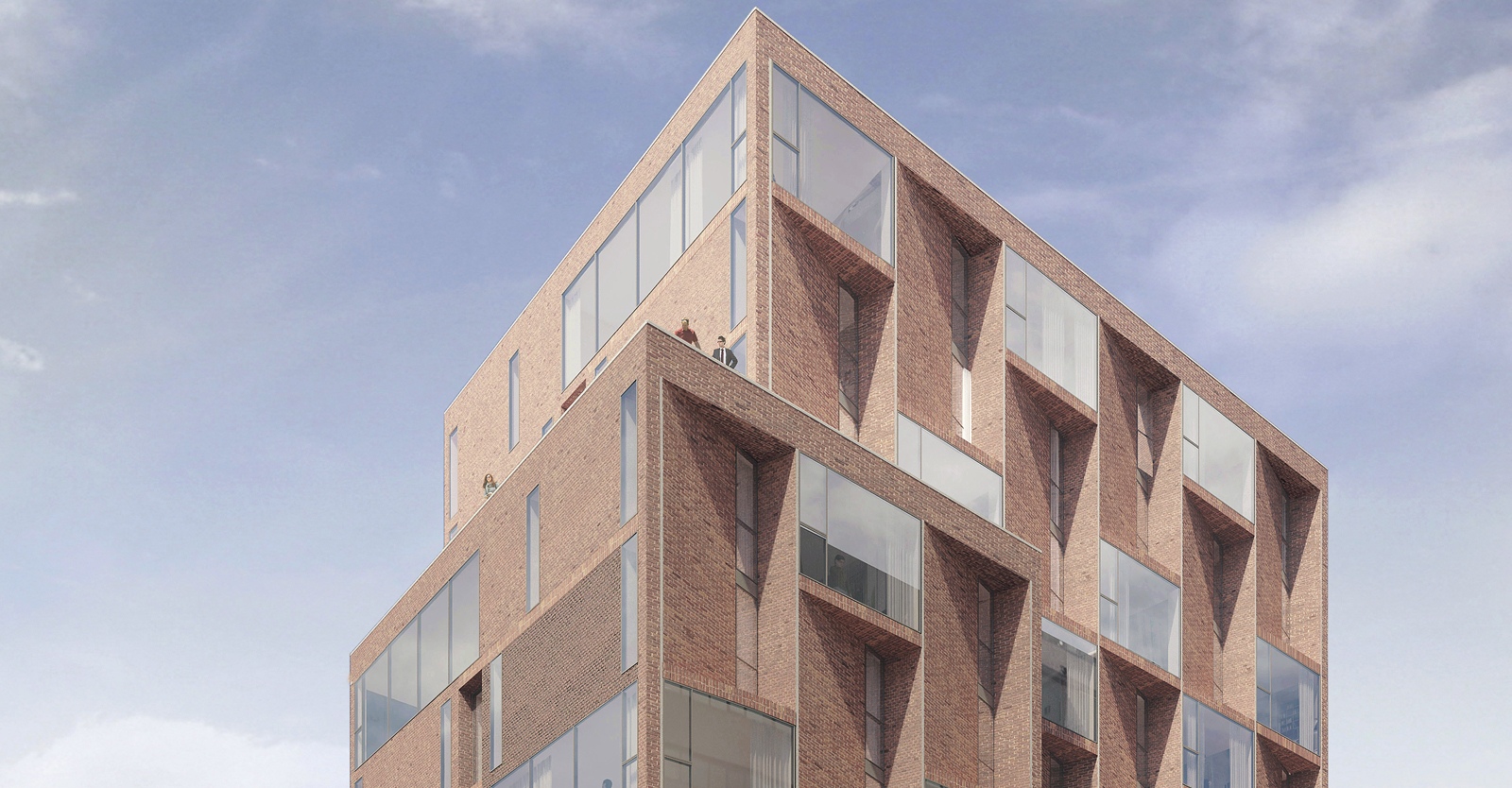 The site is at the corner of Houldsworth Street and Lever Street in the Northern Quarter, Manchester. The site consists of two, non listed former textile warehouses which were amalgamated in the early 20th century. The property is currently in use as a textile store, but the upper floors are mostly unused and the structure is in a very poor state of repair. For this reason the building would make way for the new residential development.

The scheme works to a considered massing, working in context to adjacent, multi-storey buildings to give a response that sits in harmony with its neighbours.

Manchester, at present, find itself within a residential boom, however many of the recent proposals have a similar aesthetic and have a formulaic response. We wanted to create new homes that would have character, interesting spaces and high levels of natural light. With the benefit that in a commercial sense, the units would make our client stand out from their competitors! 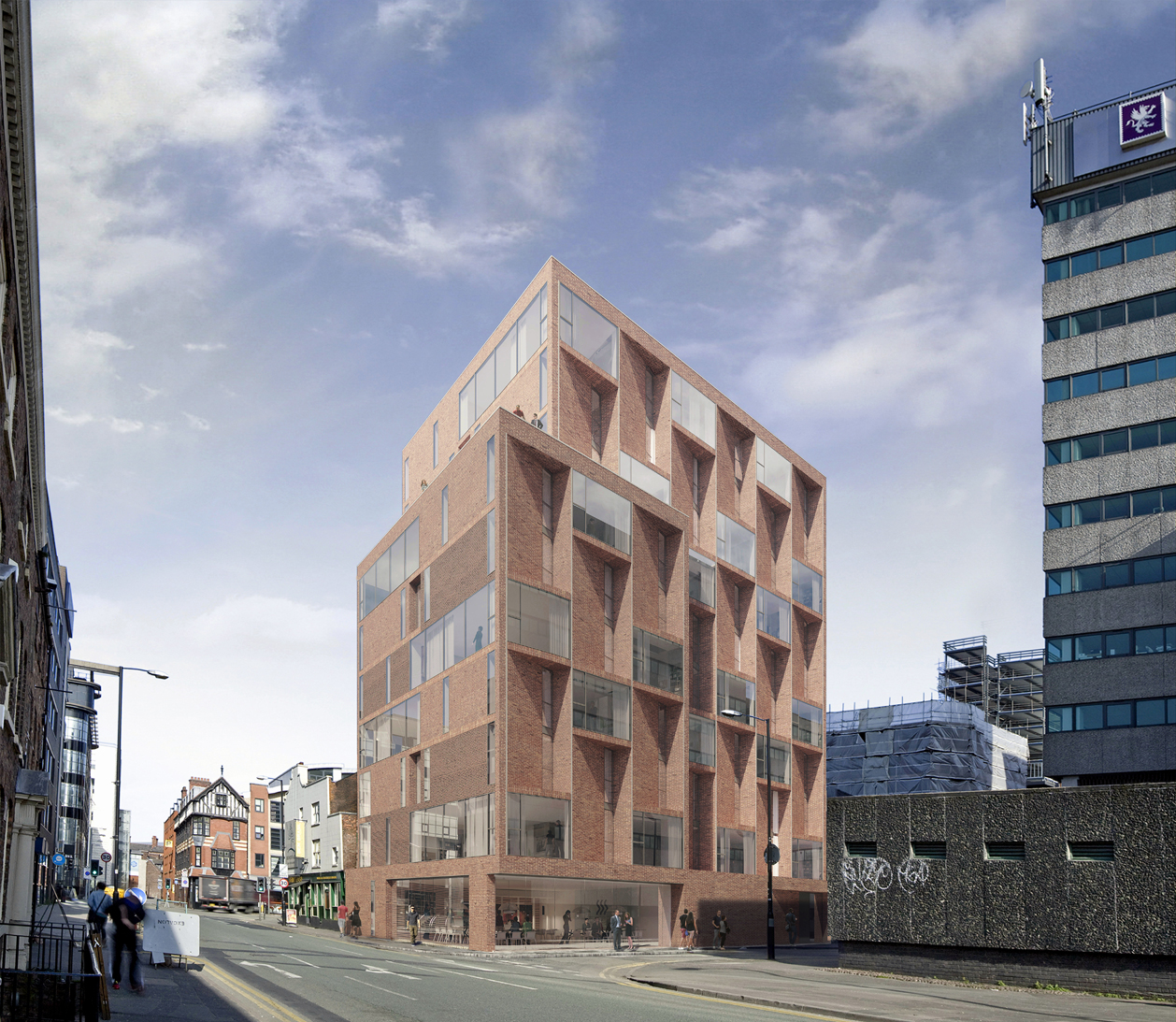 Working to the London Design Standards, we maximised the site’s development potential by utilising an ingenious duplex arrangement. The duplexes work as a series of interlocking ‘L’ shaped volumes, creating double aspect apartments, (much better for passive ventilation) but also for our client, reduced the common parts area, thus creating a more economically viable model when compared to a ‘standard’ scheme.

The scheme proposes to use a mix of smooth and textured brickwork, to tie the scheme with the materials found in the area. The facade is a combination of flush glazing and splayed brickwork accentuates / frames views over Manchester, and allows for increased natural light.

Two differing roof levels will be utilised as communal amenity space, giving some of the best views over Manchester!