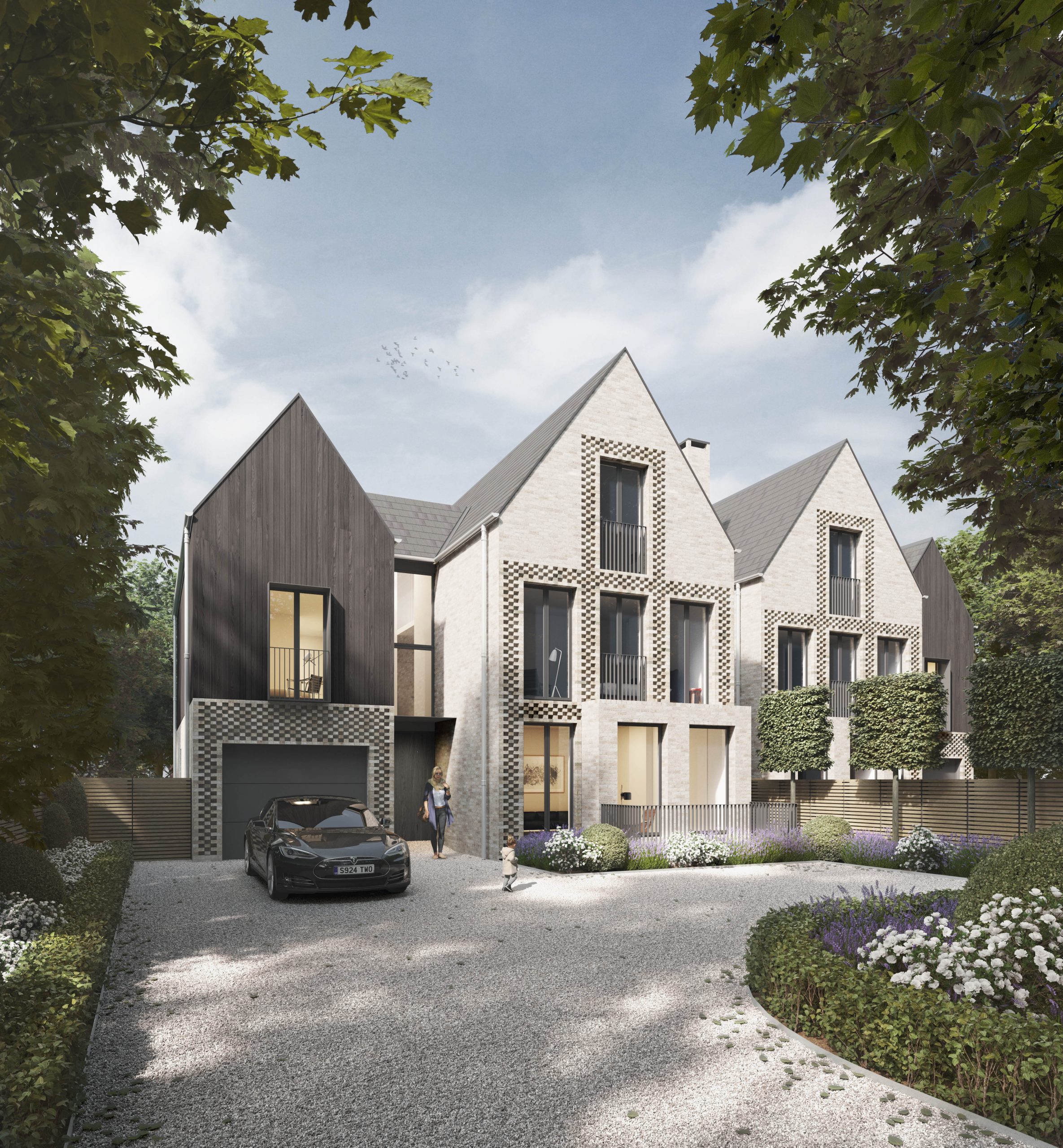 Didsbury Park is a private development for two new detached contemporary houses located within the Didsbury St James’ Conservation Area. The proposal replaces an existing house, first built in the 1920s with further extensions added post war. Located in a historical core of Didsbury, the proposal is a contextual response to its location. The houses responds to surrounding buildings lines and building widths to continue the rhythmic pattern of houses on the street. Despite being detached houses, the building form and mass follows similar principles to adjacent properties, allowing it to read as a semi-detached house, thus blending in seamlessly with its surroundings.

The two houses are approximately 5,000 sq.ft each. The planning of the building takes advantage of the large, very private garden space, therefore the main living space are located at the rear of the house. Upper accommodation are linked via a three storey, well-lit, atrium. 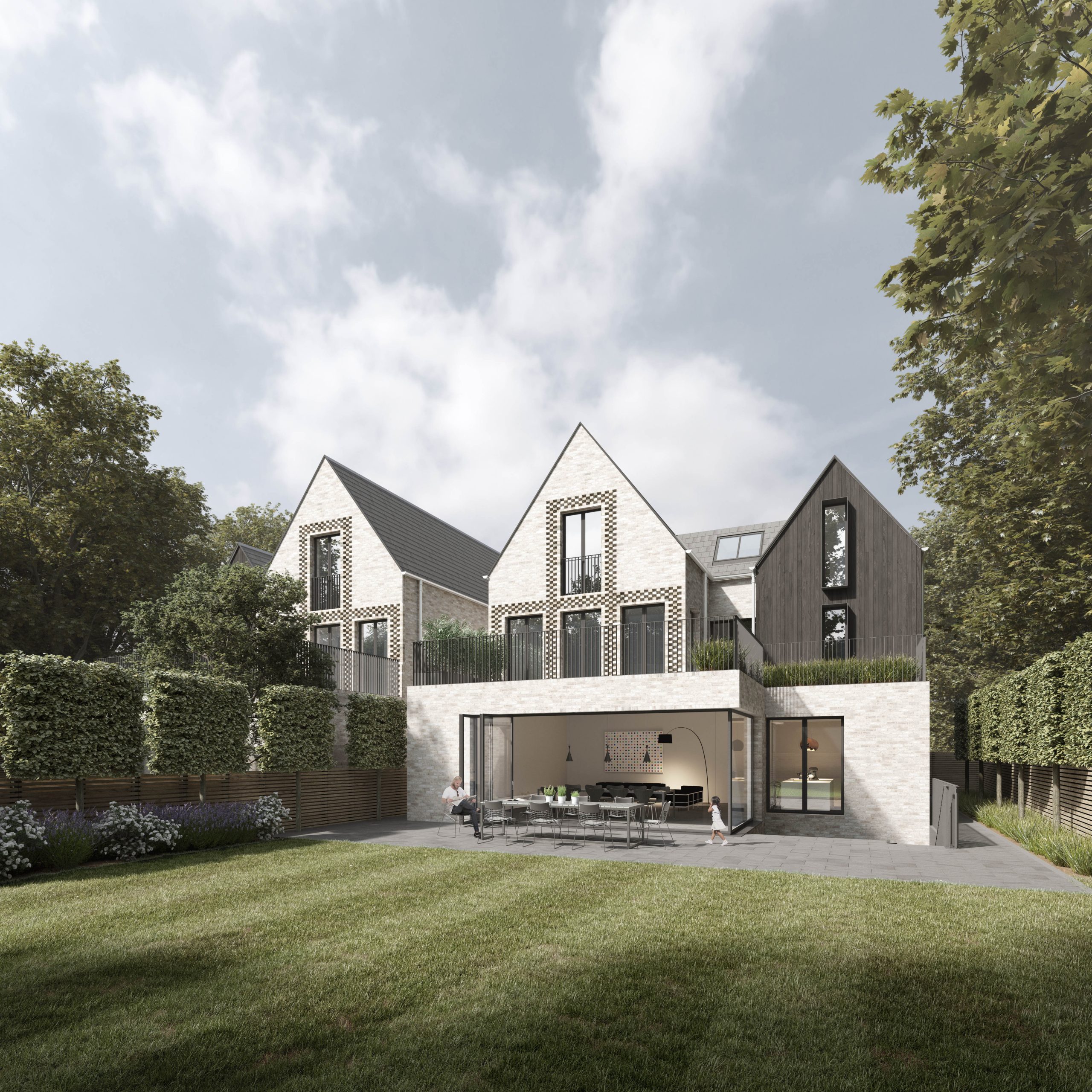 The appearance of the building follows a “pseudo semi” strategy. The two houses are identical to give the impression of a single mass or one large house. This philosophy helps tie the scheme with the 19th century symmetrical villas found along Didsbury Park.

The collection of materials used and detailing are inspired by heritage buildings adjacent to the site. Some of these include: vertically proportioned windows and surround details, pitched roofs, bay windows, dominant gabled frontage and expressed chimney stacks. While bricks are used to create a strong, bold contemporary scheme and dark grey timber cladding at the sides helps to tie the materials to the matured trees that surround the site.